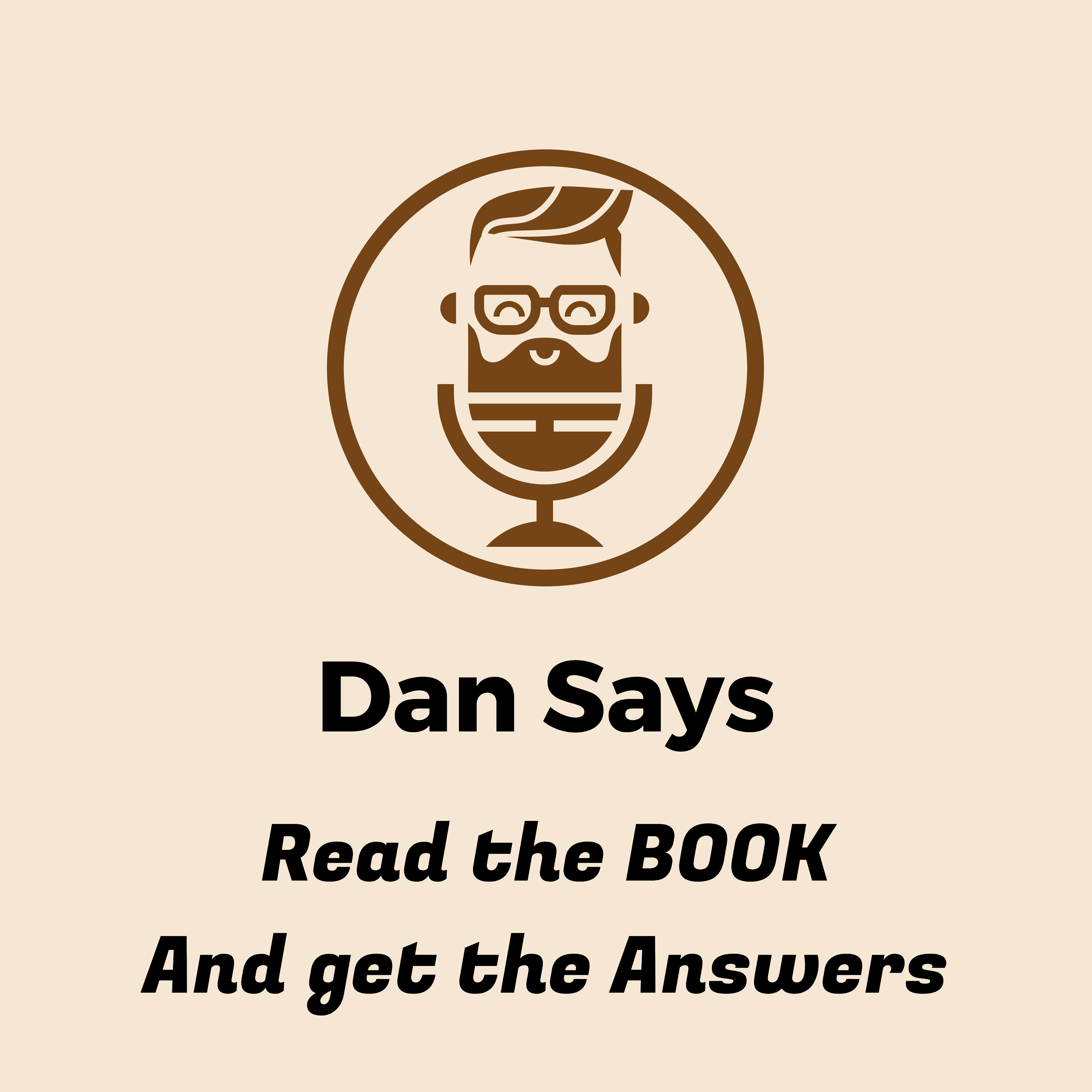 Rapture or Resurrection
Resurrection or Rapture?
Q:   I read many of your studies about the resurrection but I did not see or understand the third resurrection. Is this for the Jewish people, if that is what you were implying that there is a third. If not I am sure you will straighten me out I hope.  Your brother in Yahshua.                 Elliott O.

We are all dead now, we just do not know it, or don't think about it, as our flesh is wasting away, degenerating our eventual outcome is decay, unless we are saved.  We have His life giving spirit living in us, a small piece of Him and the Father, our guarantee of life eternal.
(2Co 1:22)  Who has also sealed us, and given the earnest (deposit) of the Spirit in our hearts.
Resurrection #2 -- Israel is raised from the dead.  The whole House of Israel is raised in the flesh to live again, to die again, to accept or reject YaHshua in a face to face act of repentance and to live out the life they gave up when they originally rejected YaHWeH and then YaHshua.  We read of this flesh and blood, resurrection in Zech 12:10-14, we read of all Israel, even King David meeting YaHshua and repenting of their past actions --  notice the detail of this event, and event the world ignores, or is blind to.  Read Ezekiel 37:1-4, carefully, notice this verse -- in the context of all the others --
(Eze 37:11)  Then he said to me, Son of man, these bones are the whole house of Israel: behold, they say, Our bones are dried, and our hope is lost: we are cut off for our parts.
These verses have been talked about, quoted, discussed and theory upon theory but most, if not all, ignore this telling verse.  Others get stuck on the verse that calls this a resurrection of an ARMY -- and as usual begin to apply this to our understanding of what an ARMY is.  The Hebrew is merely saying this is a vast number of people standing in what appears to be rank and file, the Whole House of Israel.  This is the Resurrection to follow the establishment of Jerusalem as the capital of the world and Israel restored, not by men but by YaHshua – personally Himself – He is going to restore Israel.  This resurrection of all Israel is to happen at some point after YaHshua’s return to establish the Kingdom of God on Earth, establishing YaHushalom (Jerusalem – YaH’s Peace) as the capitol of that Kingdom, and sits as King of Kings.  It is Resurrection #1 we, followers and servants of YaHshua want to be in, that is our desire, our goal, but there is another to be concerned about.  This third resurrection is called the second resurrection by most teachers because they do not recognize the resurrect of Israel back to life in the flesh – a redo if you like.  But for the Spirit and the Flesh there is one more, final resurrection to “judgment”.

Resurrection #3 -- This is the final resurrection of the flesh, of every being that has ever lived that has not been resurrected yet -- some to glory and others to hell fire, the place where Satan is tossed and the Beast and false prophet were tossed.  It is an all-consuming fire, burning the wicked up into ashes to live no more.  Wickedness cleansed from the earth, by fire.  This event is not to happen until after the 1,000 year rule.  Those of us who find our way into the First Resurrection will not have to fear this Third Resurrection of the dead.  The 3rd Resurrection is still a resurrection to either life or death, the possibility is still there to die forever or to live forever -- this is called the "second death" following the time of Judgment –
(Rev 2:11)  He that has an ear, let him hear what the Spirit says to the churches; He that overcomes shall not be hurt of the second death.
(Rev 20:6)  Blessed and holy is he that has part in the first resurrection: on such the second death hath no power, but they shall be priests of God and of the Christ, and shall reign with Him a thousand years.
(Rev 20:14)  And death and hell were cast into the lake of fire. This is the second death.
(Rev 21:8)  But the fearful, and unbelieving, and the abominable, and murderers, and whoremongers, and sorcerers, and idolaters, and all liars, shall have their part in the lake which burns with fire and brimstone: which is the second death.
You will notice, it is not called the "second life" -- death is death.  Those in the First Resurrection will not have to fear the second death.  To die twice, get it?  Raised back to life, in the flesh, only to die again, only this time there will be no return, only eternal death.   Why raised back only to die again?  Not everyone will suffer the "second death", only those who refuse to change when given the opportunity, those rejecting YaHshua as Savior.  For you and me it is hard to imagine anyone doing this but then who could have ever imagined a Hitler or a Stalin, not to mention the evil men behind them and the evil they perpetuated upon mankind, and of those who still, secretly, worship these evil men?
This last resurrection gives those who have never met YaHshua the chance to meet Him and to accept or reject the one and only path to life eternal.  There will be some, people being people, that will try to lie and say whatever is necessary in an effort to save themselves, but we are told the YaHshua and our Heavenly Father knows the heart and mind of every person, but even in His (Their, Father and Son) mercy everyone is given a chance to plead their case.

We do not need to get all carried away with counting all of the resurrections.  I have seen some do this and then claim some revelation that there is 5 or even 6 resurrections as they count the resurrection of Lazarus as one and Elijah raising the little boy to life as another, and then the graves in Jerusalem opening up and many of the saints coming back to life and then there is the little girl YaHshua brought back and then another that Peter, and I believe Paul too -- Forget about all of that, those are not connected to the three resurrections that should be of concern to the Ecclesia (called out ones - Church) -- that would be us -- in the body of the Living Christ and Savior, YaHshua. Oh, and if we count the resurrection of YaHshua -- how many does that make?  All this proves is that death is not a permanent state, as we mortals see it, if our Creator chooses to revive or resurrect the dead, He can.

Peace, your servant, Dan
Two resurrections to life back into the flesh
#1 Israel is raised back into the flesh - the whole house of Israel -- Ezek 37:7-12
#2 All that have ever lived, from the very foundations of the World -- JOHN 5:29, Rev 20:5; 12 -- verse 7 proves this is After the 1,000 rule of YaHshua on Earth
Two resurrections to eternal life, passing from flesh to Spirit
#1 The Believers rebirth at the return of YaHshua, passing from death and life in the flesh into immortal Spirit -- 1 Cor 15:50-58, Luke 20:36, Mat 24:31, Rev 20:6
#2  The final rebirth from flesh to life -- Rev 20:12-15 -- some to life eternal and the rest to eternal death from which there will be no return.
a. This final resurrection is to both flesh and then eternal Spirit for those found in the Book of Life.  This resurrection is actually a single event accomplishing two things.
1. From flesh, again, to rebirth into Spirit
2. From flesh again, to the second death, never to live again -- this will be to nothingness – perhaps this is the “nothingness” taught by the Eastern religions, such as those of Buddha (I am being sarcastic)?
The contextual timing of this brief resurrection outline is AFTER the signs in the heavens and after the return of our Savior -- After, means "after" not before as so many are teaching today.  If we stay loyal to our Bible and what it says then we can stay truthful to the Word, the words of our Savior, YaHshua and our Heavenly Father.  HalleluYaH, come Lord in your own time for we are patient to wait, Thank you Father.

No comments
Recent Posts
Monthly Posts
Categories
Back to content