We see some works and ministries on the Internet exposing their own and themselves -- all preaching and exposing each other under the same name -- all claiming JESUS as Savior -- preaching the same Jesus and in the name of JESUS while pointing their bony fingers at other Jesus worshipers.  None of these websites identify our Savor correctly but call on another Christ and preach in another name, a name different from that Name the Apostles preached in.  Our Savior warned His followers this would happen

(John 5:43)  I am come in my Father's Name, and you receive me not: if another shall come in his own name, him you will receive.

Still the exposes are interesting and a warning to others outside of their ranks as well as inside their ranks.  Believers are, or should not, be part of something that does not preach YaHshua, but preach "another" messiah.  Is this important?  Of course it is and cannot be avoided by those whose eyes have been opened to this truth.

(Act 4:12)  Neither is there salvation in any other: for there is none other Name under heaven given among men, whereby we must be saved.

There is an example and an instruction from our Savior concerning those doing works in His Name but not really part of His body.  Still, in the example, these are not preaching or doing a work in a "different" name but in His Name.

(Mar 9:39)  But Yahshua said, "Do not stop him. For there is no one who shall do a miracle in My name, yet be able to speak evil of Me quickly".

(Mar 9:41)  For whoever gives you a cup of cold water to drink in My name, because you are of the Messiah, truly I say to you, In no way he will lose his reward. HBR

The context of what is going on in this chapter of Mark is all about the Children of the Living God.  If someone is doing something to promote the Name of our Savior then we are to leave them be, let them continue and not bring charges against them.  If someone give so much as a glass of water to a Child of the Living God they will have a reward waiting for them when our Savior YaHshua returns.  How beautiful is this, how wonderful and gracious is this?  So, we, in acknowledging YaHshua, or YaHushua, if you prefer
Even those inside the truth of our Savior's true identity, teaching by His Birth Name,  have many that are false too and working to restore the Old Covenant in their own image.  The Body of the Christ has many parts and not everyone is on the same page at the same time, that is still future, so with sincere hearts the wolves are exposed to the best of knowledge and limited ability, to expose those obvious to even the casual Bible student.  So, for now, see the following websites, ours included, passing out info on the wolves prowling around through the various flocks. 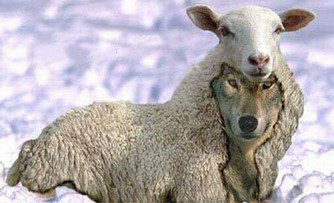 Please note, I do not in anyway support or adhere to what these works condon or teach in their own view or works of exposing the wolves.  Like mentioned before, the methods used to determine whom to expose is set on what they themselves believe is written in stone and sometimes that is not correct either -- most of the time they too have a false doctrine they are teaching -- still -- the wolves seek to devour for gain, or for their own personal grandeur and promotion, and this seems to be the underlying theme of the wolves -- greed -- money -- your money.

See Names do matter -- go to this link for more information on this all important subject > LINK - Names Do Matter.

It is not the purpose of this website, www.servantsofyahshua.com, to expose every single false prophet, minister, prophet, etc., etc., but to set a few examples each different from the other as representative of what is going on among the Chirsitian communities online and off.  All of this as a warning, or heads up, for those seeking to the truth, especailly to those called to Him.  I pray that is you. Do not be suckered in by these wolves.  One common thing, not in every case but most, is the attachments requesting money, donations, added embedded, or one of those running an ad count down.  Nothing wrong with being fed for your work but some really go after this to the extreme and once they have a following it is a continual request for money -- in fact, some wolves are so brazen as to suggest you give up everything in you possession to them to help their work of feeding on the sheep.

Investigate the following and see what and who you need to avoid.

More on deceivers being themselves deceived

(2 Peter 2:9-10)  The Lord knoweth how to deliver the godly out of temptations, and to reserve the unjust unto the day of judgment to be punished: But chiefly them that walk after the flesh in the lust of uncleanness, and despise government. Presumptuous are they, selfwilled, they are not afraid to speak evil of dignities.

(2Pe 2:11-13)  Whereas angels, which are greater in power and might, bring not railing accusation against them before the Lord. But these, as natural brute beasts, made to be taken and destroyed, speak evil of the things that they understand not; and shall utterly perish in their own corruption; And shall receive the reward of unrighteousness, as they that count it pleasure to riot in the day time. Spots they are and blemishes, sporting themselves with their own deceivings while they feast with you;

Think about the Prophets of old, how did they approach the Kings and the leaders.  Daniel approached the King of Babylon with all due respect.  Jeremiah did the same all of the prophets, even Elijah show respect for the King of Israel, never speaking evil of him to the people.  Look at Paul, he apologized for not realizing the person he had just insulted was the High Priest.  When Paul was brought before governors and other leaders he demonstrated the highest respect.  Our Savior when an attempt was made to trick Him into speaking evil of the Emperor of Rome and then He uttered those famous words, "Render unto Caesar what is Caesar".  This can only be a true statement if our Creator has allowed Caesar to occupy such authority, God forbid we should riot, in word or action against the principles God of all Creation has put in place.  Her words call for rebellion and name calling like natural brute beasts speaking blaspheme against the order of law established by God to be our protectors.  Some better than other but if torn down then room is opened up for the true Antichrist.  When President Obama is out of office and we continue into the next administration will anyone remember the false mouths speaking blaspheme such as these?  Will she and other then shut their mouths?

Like the Beast to come they are praticing what he and the little horn are going to do.  She reads about this and does not apply it to herself and others that speak against things of God.