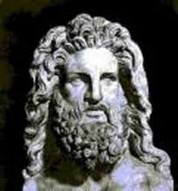 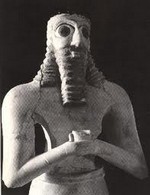 1. Joshua is pronounced, YaHshua
2. Jesus pronounced, GeezUs (In English) or HeyZeus (In nearly all other languages -- hear it pronounced).
3. Before Jesus was Jesus it was Iesus, pronounced as Yesus -- ye Zeus (you Zeus, the Zeus, or I Zeus) -- finally, Hey Zeus.
4. The old "I" and "J" letters were once pronounced as we pronounce the "Y" today.
5. Translators allowed themselves to be led into accepting a name that is not His Name -- I Zeus or Hey (the) Zeus.
6. Translators continue to ignore the presence of His actual Name in the OT while continuing to substitute a different name -- replacing the Old English Transliteration, JOSHUA, with Geezus, or HeZeus -- you decide, which is it?
7. The name JESUS is neither a transliteration, nor a translation of the name Joshua, or YaHshua, or YaHushua.
8. The name Jesus -- Geezus -- never existed in the times of the Apostles, but Zeus did.  First, ISEVS, then becoming JESUS.
9. The Apostles never once preached in the name of Jesus, or Zeus, ever -- how could they, that name never existed and the other was a known pagan name.
10. The only Name the Apostles knew was His birth name, Joshua or more accurately, YaHshua -- the reproduction of His Birth Name from the Jewish or Hebrew into the English - it may appear differently in your language but will sound the same, that is what a transliteration is, it is a reproduction of the same sound from one language to another and as such, His Name would be sounded out, Transliterated, the same from language to language -- maybe look different, but sound the same.
11. The Angel Gabriel delivered the Name He was named by His Heavenly Father to both Mary and Joseph -- it was important enough for a Special Angel to be sent to deliver the Name He was to be Named to those who would care for Him -- Luke 1:30-31 -- remember, when this Angel gave them the Name to name Him, the bogus name, JESUS never existed.
12. The New Testaments of today contain a bogus name, a false name, a name sounding like Zeus or Us -- do not forget, in many languages of the world, this name, JESUS is pronounces as Hezeus, which is to say, Hail Zeus or The Zeus and as we can demonstrate, in the Latin, it is pronounced as I Zeus -- hear it for yourself.

There is no reason whatsoever not to restore His Name -- the Name given Him by His Heavenly Father and the Name His Apostles preached, taught, and declared the Gospel in -- their message corrupted by the translators changing the Name of Salvation to another --

(2Co 11:4)  For if he that comes preaches another YaHshua, whom we have not preached, or if you receive another spirit, which you have not received, or another gospel, which you have not accepted, you might well bear with him (Them).
(John 5:43)  I am come in My Father's Name, and you receive Me not: if another shall come in his own name, him you will receive. (This is a prophetic statement and a sad indictment of the Christian religion today).
(John 17:20)  Not for these only do I (YaHshua) pray, but for those also who believe in Me through their word... (And we have THEIR WORD in the Letters they wrote to the Ecclisiah)

Absolutely no excuse, none at all for Changing His Name -- the Name that also points to our Heavenly Father and a Name given to Him at birth, a Name delivered to Mary and Joseph by a special messener, Gabriel -- From His Father -- Luke 1:31

(Luke 1:31)  Behold, you (Mary, Mariyam) will conceive in your womb, and bring forth a son, and will call His Name 'YaHshua'.

The End Time Beast will require everyone to have his Mark, or his Name, or the Number of his Name and when they do the people will be worshiping Satan, vicariously through the Beast.  A time will come when the Name of YaHshua and of the Father will be put on certain chosen ones for a special protection, and all those who have received the Beast's name will suffer the Wrath of our Heavenly Father.
It is a battle over Names, over the proper identity, like it or not and if we chose to ignore this then we will be susceptible to being deceived,  calling on, or accepting the wrong name.  This, however, is where the people of the earth are in these very days.  Most of those claiming the Holy Bible as the Words of the Living God then call on a false name, a name that sounds like --- Zeus to many and Geezus to others.
If it walks like a duck and it quacks like a duck, it is most likely is a duck.  No Zeus connection?  Think again.
email: dan@servantsofyahshua.com
Site Title: Removing the Fog of Religion