Go to content
Questions come up occasionally about things not so  Biblical in nature.  This is where we try to answer those questions.  We have edited the questions for from longer emails for the sake of our readers and to get to the point.  We hope these answers will satisfy the curious mind.
Question: Do you belong to any particular denomination?
Answer:  No
Question:  What is your religious affiliation?
Answer:  None.  Not anymore, that is.  Here is a little something about us --
In our journey we began with the Church of God, later they changed their name to World Wide Church of God.  We fell out with them over doctrinal issues concerning the true Identity of our Savior, this was in the early 1970s.  Having presented to the leadership the proofs concerning out Savior's Birth Name and how everyone in Christianity had been deceived, the leadership, under Heberbert W Amstrong. and his son, Garner Ted Armstrong, went out of their way to publish a magazine refuting His Birth Name as an error and supported, in their error, the false name, JESUS.  Soon after this, actually right on top of this denial, sexual allegations came out, charging Garner Ted with abusing his position for sexual favors.  This led to a falling out between him and his father, Herbert (Both deceased).  Garner Ted left for Texas to start up his own group.  By this time my brother, Ron, and I left, actually, we were given a choice to go along with the teacings of Herbert W Armstrong or get out.  So, get out we did.  We found total resistance among the brethren we tried to communicate with, concerning this truth.  The sexual scandal effectively covered up the real issue about our Lord's true Identity, but the magazine covering all of the denials and charges and warnings to the members to have nothing to do with anyone bringing any Savior to them other than in the name of JESUS, were to be shunned.  They did not say it just like that but the result was the same, "...stay way from those people..."  Since then we have looked to find that one true body of believers and what we found is that the Body of YaHshua, as the church, is seen in its unity and oneness from Heaven but is not recognized on this Earth.  Over 2,000 years of infiltration by the wolves, leaves the true church a physically disunited pieces, held together by His Holy Spirit.
The church of Herbert W Armstrong is now defunct and from its many members and Pastors, without jobs, many splinter groups were created -- none, to my knowledge ever accepted the Birth Name of our Savior, YaHshua.  All of these many, smaller groups cling to the Herbert or Ted Armstrong teaching in one degree or another.  Lots of fighting among themselves for the scattered members -- untold numbers, such as myself and my brother but we have yet to find one that is true to YaHshua -- a lot of sincere people.
Question: What is your position on Baptism
Answer: There is an understanding that there is more than one baptism -- I know, I know, the New Covenant says there is only one baptism, and that is true, the Baptism of our Lord YaHshua -- Eph 4:5 -- BUT -- as it turns out there are other baptisms that are not of the ONE BAPTISM, pof course.  For example, there is the " baptism of John" -- Acts 18:24-25.  This baptism is a "baptism of repentance".  It is my position that most people of the Christian Faith are of the Baptism of John, or the baptism of Repentance.  Sincere people looking to change their lives and seeing the need for a God that is in control.  Yes, lives have been changed and improved, no doubt, but in the One Baptism, apart and even part of the "baptism of repentance" there is the One Baptism Into His Name.

(Mat 28:19)  Go therefore and make disciples of all nations, baptizing them in the Name of the Father and of the Son and of the Holy Spirit,

(Act 2:38)  Peter said to them, "Repent, and be baptized, every one of you, in the Name of YaHshua the messiah          for the forgiveness of sins, and you will receive the gift of the Holy Spirit.

The first baptized members of the Church.  The name JESUS never existed then, only His true Birth Name, YaHshua.  Oh, that would be JOSHUA in the Old English.  So, where did the bogus name JESUS come from?  From the minds of men as inspired by the enemy.

(Act 19:3)  He said, "Into what then were you baptized?" They said, "Into John's baptism." Paul said, "John indeed baptized with the baptism of repentance, saying to the people that they should believe in the one who would come after him, that is, in YaHshua."  When they heard this, they were baptized in the Name of the Lord YaHshua.

Does it matter who baptises you?  Back then it did, as the Original Apostles were demonstrating the power of the Holy Spirit.  The Disciples received the Holy Spirit when YaHshua breathed on them -- John 20:22 -- before Pentecost.  Ohters as well, but in another case the Holy Spirit demonstrated that even though a people had been baptized into His Name they did not exhibit the power of the Holy Spirit, as others had.  In this case, Peter and others came to the Samaritans that Philip had baptized and they laid hands on them and they immediately received the Holy Spirit.  This tell us that the Holy Spirit was not denied to those outside of the Jewish circle of converts.  A sign of acceptance, first the Jews, then the Gentiles and then the Samaritans.  The Jews, including the Disciples of our Lord, were a very prejudiced people and it took an active act from His Holy Spirit to make it plain that all people were to be accepted into His Name.  Read Acts 8:4-17, for the whole story on this event.
Today no one has any idea where the Apostolic line went or if it even or ever continued past the Original Apostles.  Some have claimed this lineage, like the Catholic Church and other more obsure groups, but no one has a direct line they can actually prove.  There is a period of about 100 years that believers suffered greatly at the hands of the pagans and pagan kings.  When the church seemed to reappear, under the protection of Emperor Constantine, it was a different group or collection of groups becoming the "government" approved religion.  The idea that the pagan government of Rome now embraced Christianity is very suspicious and as we see from history, very violent and unforgiving in nature.  Like the Muslim terrorist of today, the Roman Church were the terrorist in power of their day, ruling over the kings of Europe and handing down death sentences to anyone that did not agree with them.  Where were the real Christians when the Roman Church ruled by murder?  The baptism of children is not a Biblical example nor ever practiced by the followers of YaHshua.  Baptism by the followers of YaHshua were full emersion, not sprinkling of a few drops of water.  There are many differences between what emerged as European Christianity and that of the Apostlic religion formed and founded by YaHshua.
On this subject of baptism we can see that some received the Holy Spirit before baptism and others did not.  It was the conditions that ruled the moment.  This is ever so true today.  It does not matter who baptizes you, the baptism is between you and your confession in and to Him as your savior and accepted Son of the living God.  There are cases, I am sure, where a confessed sinner accepts our Lord YaHshua as Savior, receives the Holy Spirit, marking them as a child of the living God, by and through YaHshua, without ever going under water, but being baptized only by the His Holy Spirit.  If it is water baptism you seek then do it.  Find a pastor or anyone willing to help you in and out of the water and then and there make you confession accepting YaHshua as your Savior and Son of God.  Some people speak in tongues, some do not -- it does not matter, the outward demonstration is not for you anyway, it is what is in your mind and heart, your confession, your testimony that can be understood, not by words no one understands.  Let it be as it is, you personal confession and acceptance -- don't let the physical get in the way of what you know to be true, and that being the reason you have sought baptism in the first place.
In one day 3,000 were baptized and then a day later, 2,000 more -- do you supposed the 12 disciples personally baptized all of these people?  Hardly, figure it out, the baptisms of the first Church had to have been a communal type thing.  One person would be baptized then afterward would baptize the next person themselves, each turning to the other for baptism.  Acts 2:41, Acts 4:4
Look at what the Apostle Paul says about baptism:

(1Co 1:17)  For Christ sent me not to baptize, but to preach the gospel: not with wisdom of words, lest the cross of Christ should be made of none effect.

Imagne that, and Apostle not called to baptize, and apparently, Paul baptized very few people. 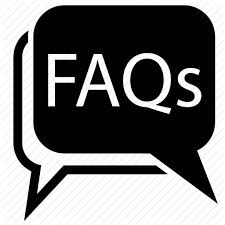